The Statue of St. Leonard

The Statue of St. Leonard has been a part of the vineyard area known as Nad svatým Leonardem (above St. Leonard) since 1791. It has stood in the place called Mokrý žleb, along the path between Pavlov and Klentnice. This original statue by Karel Sklenář was moved to Klentnice in 2011. Just a stone pedestal remained in the place of the original statue in the valley beneath the vineyard.
Out of respect for the Saint, and the vineyard that was dedicated in his name, we decided to create a new sculpture of Saint Leonard. 230 years later, this patron saint no longer looks up to the vineyard but appears on top of it on its opposite side.

“The original St. Leonard is often shown wearing a black monkish frock with a mitre on his head, carrying a book and shackles, painfully looking up to the heavens and to God, with a compassionate expression on his face. The contemporary St. Leonard is different. Even though he still wears the black, hooded frock, here he decides to climb up through the vineyard, even though the old merchant path has vanished, he no longer wants to be alone. He wants to be with the people who have come to Palava hills.

He lives in a free country, so he has thrown away the shackles, A Mac Book is the book he carries now and the coat is torn by the local winds. He has changed, and no longer wants to painfully look up to God for help. However he remains humble and with his head bent, thinks about the unprecedented times we are facing. Maybe he is thinking about what Covid-19 has taken or given to us. Or perhaps he is thinking of those original inhabitants of the area who were forced to move out while new people came in to replace them. A people with no existing relationship with this place, but who with each passing generation forged an unbreakable bond with the land. Or maybe he is just thinking of how to turn the people back to the worship of the God that had been lost to them.” 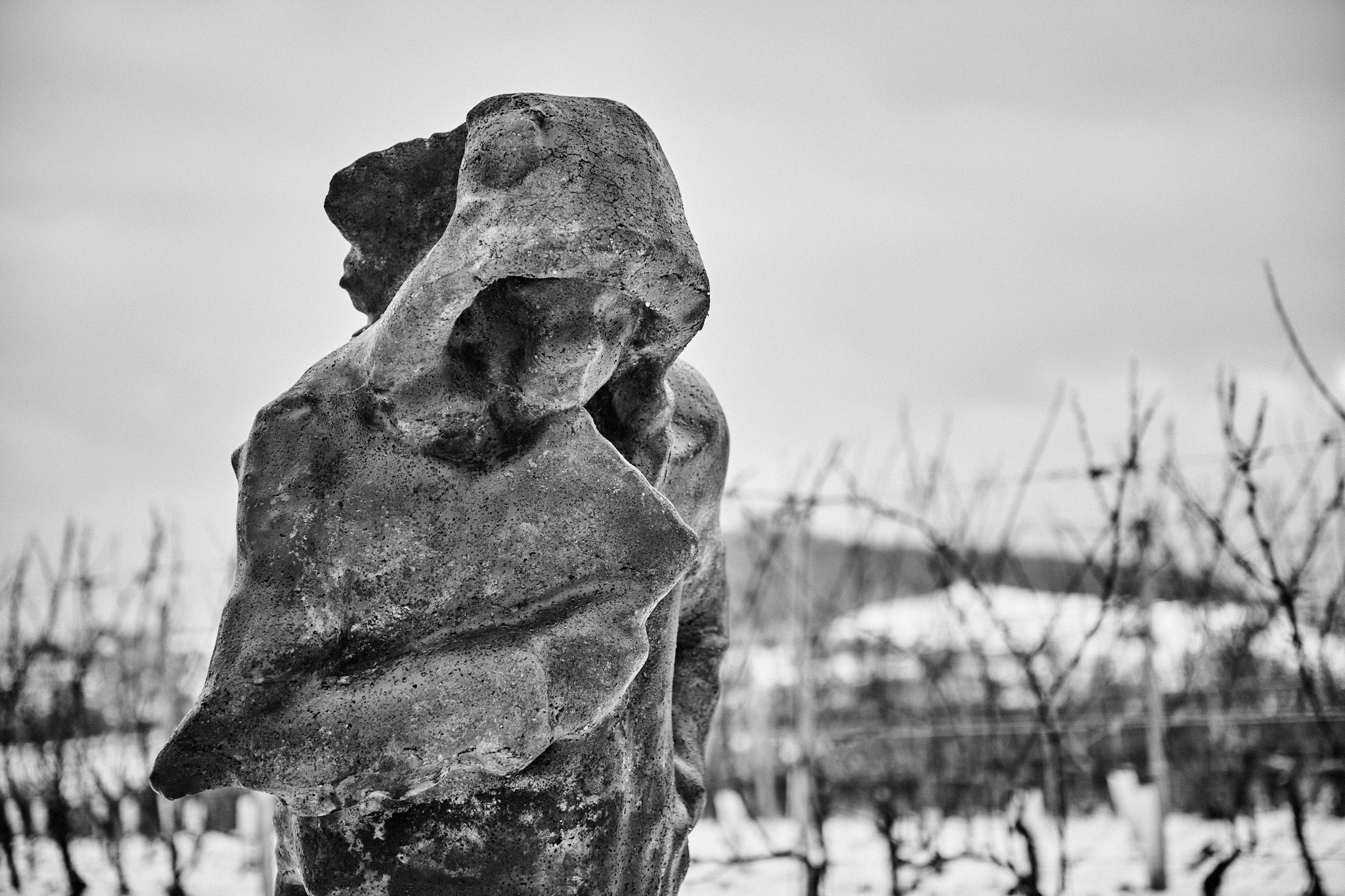 “This work is a contemporary summary of the statue of St. Leonard, which was located nearby in the landscape and was moved to the neighboring village of Klentnice. My object was created from the feeling of absence of this element in the landscape. By means of the walking motif of the figure,  I wanted to recall not only the common historical portrayal of the saint, but I sought to embody his attributes and patronage with modern instruments in this sculpture.

Saint Leonard as a pilgrim, the patron of those who suffer, of prisoners, the ill and of livestock represents the particular ideal of caring. The care of man, animals and in addition, the land itself. This environmental topic strongly resonates in today's society and is a certain bonding element between this sculpture and the landscape. The vineyard and farming in the landscape connects these elements not only in the care and farming but the age-long role of man in it.

The statue combines contemporary and classical sculpturing methods, where I use 3D printing technology to capture the object and that offers new possibilities, not only for displaying the statue itself, but also for carefully thinking about it. The final result is then printed by 3D printer and cut using a robotic arm. This real object was then used to visualise the sculpture that would then be made by hand, which means using the classical method for its concrete casting and formation.”

“In my work (and in this particular case too) I use 3D sculpturing in order to shape the object. I am intensely focussed on how to include imperfection in the process of scanning and I work with the elements of randomness and flaws. While I am scanning, I endeavor to build imperfection into the object.  I initially manipulate the reality while capturing the overall essence of the object.  I don't try to capture this essence later with the help of the software.  It is all about the process of capturing the essence of the object in time, not just about the final sculpture.  I use the scanner more like a camera that works in three dimensions. The scanner captures the object from one particular point of view that is chosen in regards to the surrounding composition.  However the fragment of reality is always acknowledged.”

In charge of our vineyards, land and so much more:

Wine logistics, e-shop and accounting are the domaine of:

In charge of the wines and winery:

We all are supervised with love by: 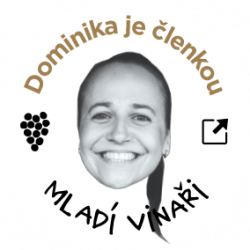